IFRS 9, IFRS 15, and IFRS 16 impact for both financial services and non-financial

Companies in the GCC need to be ready for three new IFRS accounting standards applicable for 2018 and 2019.

IFRS 9 Financial Instruments and IFRS 15 Revenue from Contracts with Customers are both applicable for periods beginning on or after 1 January 2018.

IFRS 16 Leases isapplicable for periods beginning on or after 1 January 2019.

This article discusses some of the key areas these standards impact companies in the GCC region. For more information on any of the standards discussed in the article, please contact Grant Thornton Bahrain.

The high-level impact of IFRS 9 can be split into 3 key areas:

IFRS 9 has been acknowledged by many as having considerable ramifications for the banking industry, particularly concerning impairment and creation of models relating to impairment assessment.

But IFRS 9’s impact stretches far beyond the banking industry, affecting both financial and non-financial institutions. Insurance companies have the option to defer IFRS 9 until adoption of IFRS 17 Insurance Contracts, provided they meet the criteria for deferral under IFRS 4 Insurance Contracts (the current insurance accounting standard). Most other companies will need implement IFRS 9 from this year onwards.

IFRS 15 Revenue from Contracts with Customers

IFRS 15 replaces both IAS 18 Revenue and IAS 11 Construction Contracts. The transition to IFRS 15 will affect many businesses differently. This article provides an overview, summarising the key changes.

Revenue recognition under IFRS 15 moves from a ‘risk and rewards’ model to a ‘transfer of control’ model.

The new standard introduces a 5-step model for measuring revenue from contracts with customers. The 5 steps are:

1)       Identify the contract or contracts with the customer;

5)       Recognise revenue when or as an entity satisfies performance obligations.

For many companies, IFRS 15 adoption results in an adjustment to the timing of revenue recognition, and consequently, the amount of revenue recorded in the accounting period at transition.

Both financial and non-financial institutions will need to assess their policies for recording revenue and evaluate client contracts for IFRS 15 impact.

There is also new and additional disclosure in the financial statements for both lessees and lessors under IFRS 16. In addition, there is new guidance on sale and leaseback accounting.

IFRS 16 can be early adopted provided IFRS 15 has been applied.

Start planning for the change

GCC financial and non-financial institutions will need to consider these three standards alongside the impact of VAT within the region.

For more details on any of these standards, please contact Grant Thornton Bahrain directly. 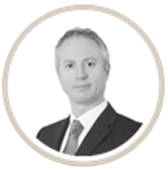