• The MOF will soon launch the website for VAT registration

• Certain Zero rated products would be linked to their HSN codes

• For supplies which are valued less than BHD 500, simplified invoices can be issued

• Executive Regulations would be released in December, both in English and in Arabic

Check our VAT Insight  Phased rollout of VAT in Bahrain 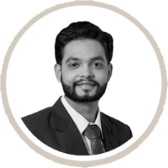